When Skeptics and Network Marketing Clash.

When Skeptics and Network Marketing Clash

In my early days of Network Marketing, I turned to the Internet – primarily because I stuttered, and when I ran out of my “Warm Market” (people I know) – the idea of approaching total strangers and sparking up a conversation about making money, was a little overwhelming.

The Network Marketing company I was in at that time, was my first; ACN – through ACN my life changed and I was put on a path that I didn’t foresee – a path to financial freedom; and a path to help others along the way. ACN Taught me so much – and exposed me to so many Mentors; but it also helped me to understand and be prepared for Skeptics.

I’m a black man, and in the early internet days, several of the people I’d approach about Network Marketing in chat rooms, would accuse me of being a Scam Artist or a Con Artist.

(this is where I ‘was’ going to ramble on about “Racism Online” in the early days, which really puts what most of us see on YouTube, and Yahoo Comment areas to shame; that is … the Former YouTube comments … who knows what will happen now that it’s linked to Google+ – anyways, back to our story…)

Another person’s skepticism merely unfolds their Ignorance to you and let’s you know how little education they have. Wayne Dyer said it best :: “The Highest Form of Ignorance is to Judge Something You Know nothing about” – and People do this with Network Marketing all the time. People also do this with other people.

I do not talk about race and business often; however it is a reality, that when a black man describes himself as a businessman, the first ‘assumption’ people make is that his business is illegal.

Why this is such a common reaction in our society, has much to do with the Historical Context of our nation; a nation founded on racism, and a nation that has pushed and is promoting racism in several areas of its society. I faced this often early on.

I had to learn to not advertise that I was looking to help people make money in the Open Chat rooms, because when I did, the skeptics would chime in and Start to attack my credibility; This used to anger me early on because, the people who COULD Use an opportunity were being discouraged from even talking to me about one, by people who knew nothing.

This is the end result of an effort to Dumb Down our society; THINKING almost never happens; In just about every Profession today, the vast majority of people IN those professions, are not Thinkers; they’re just Doers.

Not because they “KNOW” to be skeptical; but often because someone else influenced them to be that way; Its the blind leading the blind – and it happens too often.

So how do we fight this?

Naturally the answer to a world full of ignorant people is to Educate them; BUT we can only educate those who WANT the education; Sadly, if a person has become so cynical in life and lacks the faith to believe that Positive people are still in this world; there is not much we can do; We can only give people the Opportunity to change themselves… we cannot however, make anyone, do anything.

When Skeptics and Network Marketing Clash, opinions which often are uninformed will fly from every direction; Just keep in mind, uninformed people know nothing. We as professional network marketers must continue to TREAT their opinions with the Value it deserves; They know nothing; the value of their opinion is nothing.

I met a very ignorant person just a week ago – assumed I had ulterior and sinister motives with my Money-Making Opportunities.

It almost took me back to my early days of Network Marketing; being accused of being a Drug Dealer, (by the random skeptics in chat rooms and message boards, seeking to damage the credibility of people they’d never met) when I never dealt drugs; I don’t even hang out with people in gangs, or people who deal drugs; BUT I’m black.

Sadly, the black man has come to be portrayed in our National Media as a Criminal – and every aspect of the Media is used to carry this message to everyone in our society; Through Music, News Reports, Movies and Television – black people are constantly being portrayed as thugs. While there are several GOOD black people in the black community, all forms of Media tend to ignore those stories; not reporting them at all. 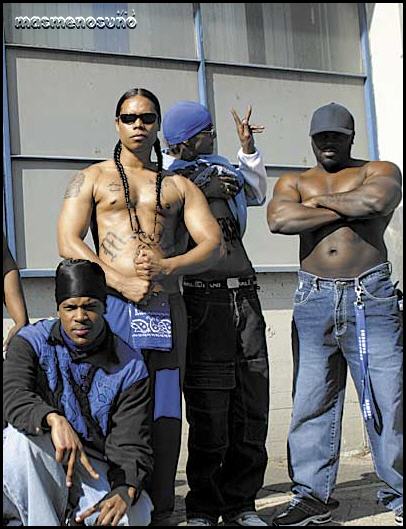 This gives others in our society an Unfair, Uneven, and Imbalanced view of black people; So, I can only forgive that man for his Ignorance; and for being a victim of this system which most likely Trained him to view All blacks in a sinister manner.

Also, I can feel sorry for that man, who remarked to me that he isn’t making the kind of money he’d like to be making. Sadly, I’m the one man who probably could’ve helped him out – but He judged me to be a criminal; rather than investigate the Opportunities I have.

As professional Network Marketers, we simply need to Understand Skeptics – and do as Jesus would do; forgive them; for they know nothing.

Let us also learn from the skeptics; As professional network marketers it’s easy to be skeptical of the people we meet; The recruits we talk to – They tell us they’re going to sign up and don’t join right away. It’s easy to become skeptical of prospects. It’s easy to lose faith that your business will work out for the best. But all of this is ignorance – pure ignorance. We do not know what will happen when we talk to that NEXT person.

The rules of the game, that I learned from ACN Still apply to this day; SW, SW, SW, NEXT – Some Will, Some Won’t, So What, NEXT … someone else is Waiting…

Someone is looking for an opportunity; and someone is waiting for YOU To share that opportunity with them; If they show themselves to be a skeptic, then you know that’s not the person you were looking for; however if YOU are skeptical – you may never meet the people that you ARE looking for.

Do not allow this evil and harmful ideology to steal your future. Do not allow the Skeptics to feel their opinions matter, because they don’t. Do not be skeptical of others. Because if you are, your opinion will not matter to them.

Al King is the CEO and Founder of TopNetworkersGroup – who’s theme is “Creating Professional Network Marketers, who Earn Professional Money” –

In 2012 the One MLM System to Rule them all was launched, combining Several (Multiple) streams of Income through Proven and Tested Opportunities into ONE system; for ONE team, with ONE focus – To become the best Trained team MLM has ever seen. Watch the FREE MLM Training Now – and Join our Team today!

Awesome News From Viewbix This morning